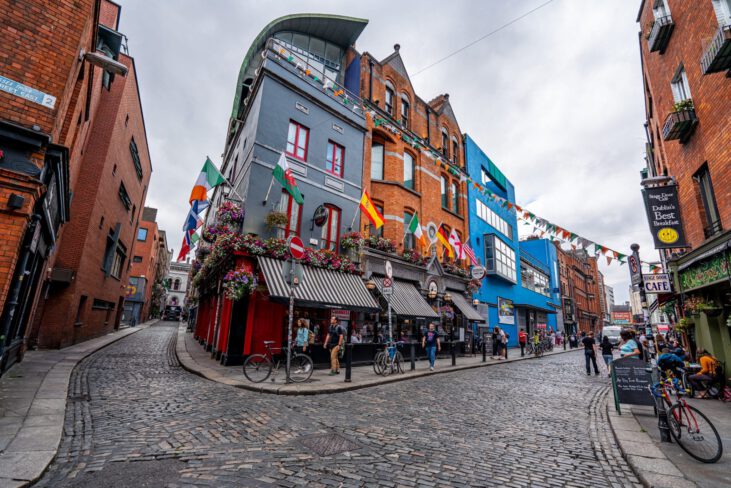 Dublin is the Irish capital with excellence and a visit to the beautiful city should not be missing on any trip to Ireland. From tradition and cuisine to green nature, Dublin has a lot to offer you. The hospitality of the Irish in particular is guaranteed to enchant you, because despite its status as a big city, people often say that Dublin is actually like a village. Explore the historic corners of the capital or get to know the country and its people in one of the many Irish pubs.

Experience the Irish architecture in the capital of the Emerald Isle. The centuries-old buildings such as the world-famous St. Patrick’s Cathedral is guaranteed to cast a spell on you and show you the fascinating remains of times long past from the settlements of the Celts to the country’s independence. The Old Library will surprise you with its beauty and also the lively O’Connell Street will cause entertainment, because it combines the ancient Gregorian style with incredibly great stuff such as the Spire.

After numerous historical impressions in the trendy area of Temple Bar, let yourself be enchanted by Dublin’s flourishing nightlife. The district is known for its cozy pubs and its charm and invites you to enjoy a pint of beer with the hospitable Irish and let the impressions of the island’s sink in.

Where the Christ Church Cathedral stands today, there was a place of worship in Viking times. The Viking King Seidenbart, built this in 1028. The stone church built subsequently dates back to the time of the conquest of Ireland by Strongbow. 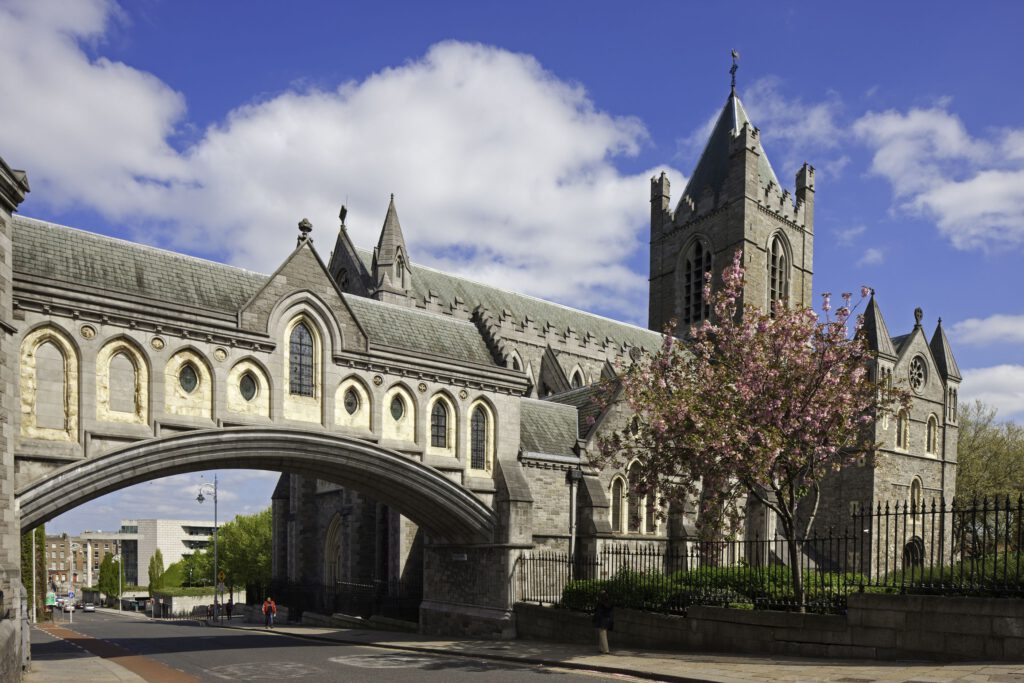 Dublin City Hall is Gregorian in architecture and was built between 1769 and 1779. The City Hall impresses with its nice decorated, round entrance hall with a column-supported dome. The Royal Exchange had its seat here and was the meeting place for the merchants and businessmen of Dublin. When Ireland’s financial situation was poor in the 19th century, the stock exchange closed.

Another of Dublin’s attractions is Dublin Castle, which is not far from City Hall. Today only the mighty round tower from the early 13th century reminds of the former castle. In the 17th century, a large fire destroyed large parts of the historic building. In their place a beautiful palace was built with a throne room, ballroom and luxury furniture for the viceroys.

Grafton Street is one of the main shopping streets in Dublin. It runs south from Trinity College. It was named after the first Duke of Grafton, a noble British landowner. Grafton Street has various small and large shops and invites you to stroll. The sumptuously furnished Bewley’s, which is located in the middle of the street, is well worth a visit.